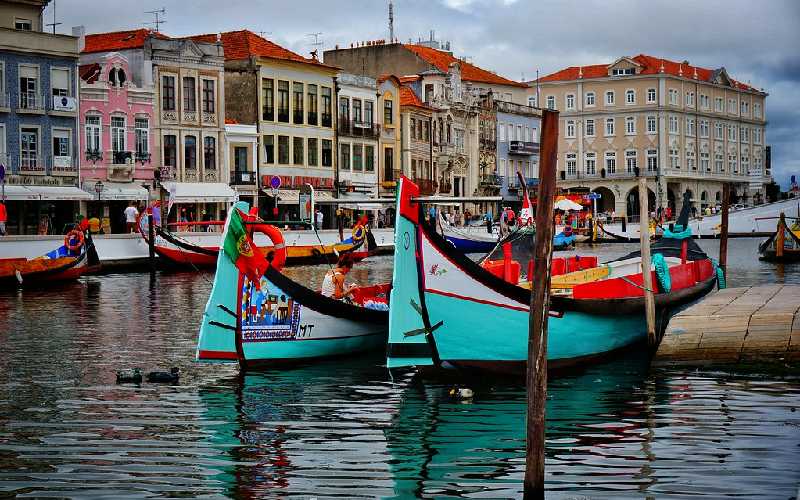 North Portugal is characterised by lush rolling scenery and vibrant towns and cities. Lesser visited than its southern counterpart, the region has a lot to offer those seeking a quieter but equally attractive alternative. The area’s main city is Porto, known for its wine-making heritage and picturesque riverside locale.

Explore beyond this bustling coastal city, and you’ll find a wealth of other attractions, from the immense beauty of the Douro Valley to the historic yet lively university town of Braga. Here, we have put together a 10-day North Portugal itinerary to help you discover all the highlights of the area in one trip.

How to Get Around North Portugal

There are two options for this North Portugal itinerary, the first is to hire a car and the second is to use public transport. Both buses and trains are cheap, efficient, and reliable in North Portugal while hiring a car gives you the flexibility to run on a schedule that suits you. All relevant transport information is included below to help you decide.

Day One: Arrive in Aveiro

This itinerary begins in Aveiro, although if you are flying in, you will most likely land at the international airport in Porto. From here, there is a direct train from São Bento station to Aveiro, which takes 1hr 15 minutes and departs once an hour. On arrival, drop off your luggage at your accommodation, before taking a stroll around the city.

Known as Portugal’s answer to Venice, Aveiro has a charming network of canals, navigated by brightly coloured gondolas known as moliceiros. Take a 45-minute ride through the city to ogle elegant Art Nouveau properties on the waterfront, painted in a wonderful array of ice-cream shades. Alternatively, you can rent a BUGA bike to explore the lagoon on the BioRia trails, keeping an eye out for white herons and flamingos on the salt farms.

Start your second day by taking in the incredible Mosteiro de Jesus, a convent dating back to the 15th century. It is famed for being home to Joanna Princess of Portugal, who lived a modest life despite her royalty. Inside the church, you’ll find a spectacular gilded altar and paintings depicting poignant moments from her life, as well as a tomb intricately carved from Italian marble.

In the afternoon, you can take a bus from Aveiro’s main train station to Costa Nova, a charming beach town just 11km away. Admire the candy-striped houses on the promenade before enjoying the soft white sand and calm waters of the Praia Velha beach, where the lagoon meets the ocean. There’s also a school for surfing on the south side, where rolling breakwaters provide endless entertainment.

It’s time to leave Aveiro behind to travel north to the Douro Valley, a spectacular rural region known for its abundance of port-making vineyards. A car would be beneficial for this portion of the trip, but you can find your way to the Douro Valley without one by taking the train back to Porto and then catching another train from there to Regua.

Once you have arrived, spend your afternoon touring one of the many vineyards of the region. Quinta do Vallado is a famed winery near Regua, built in 1716 and also offering excellent accommodation. Here you can embark on a tour and tasting experience, sampling some of the historic vineyard’s famed dessert wines and vintages. During harvest season, you can also take part in the exhilarating grape stomping experience too.

Day four can be spent exploring the lush landscapes of the Douro Valley in a manner of your choice. There are lots of boat tours departing from Pinhão, which enable you to view the incredible valley from the water while stopping off at further vineyards and olive oil farms along the way. If you’re thirsty for a little more adventure, you can hire a kayak to paddle downstream or opt to go hiking in the remote reaches of the Douro Valley National Park.

Meanwhile, culture vultures shouldn’t miss the town of Lamego, which features an excellent museum housed inside a former palace. It is home to an incredible collection of art, tapestry, and gold craft. Also in Lamego is a sensational staircase leading to the shrine of Nossa Senhora dos Remédios, a church with an unmatched aurora of grandeur.

It’s time to leave the rolling landscapes of the Douro Valley behind to head for Braga, a bustling university city known to be one of the oldest in Portugal. The drive should take just over an hour, while those travelling by public transport can again connect in Porto to reach their destination. On arrival, head straight for the elevated Bom Jesus do Monte, an ancient pilgrimage site reached via a breathtaking Baroque staircase.

If you don’t fancy the climb, you can always take the funicular, built in the 1800s in an ingenious feat of engineering. It’s the oldest funicular in the world that uses water counterbalancing. If you have more time, you could also check out Braga cathedral, thought to be the oldest in the country, or stop for a coffee in the pretty Praça da República, the city’s main and most beautiful plaza.

Day six can be spent exploring Braga at your leisure, checking out any interesting historic or architectural sites that take your interest. The Garden of Santa Barbara is a splendid formal garden next to the city’s medieval palace, which is just gorgeous on a sunny day. Here, a kaleidoscope of colourful plants attracts all manner of birds and butterflies. To get an in-depth look into the region’s past nobility, check out Raio Palace, which was commissioned by a wealthy merchant in the late 1700s. Its dazzling blue tiled facade is a sight to behold in itself.

Not far from Braga is the Medieval city of Guimarães, which is sometimes considered the cradle of Portugal – as the country’s very first king was born here. It can easily be reached in under an hour from Braga by car and is also well served by bus and train routes, which take a little over an hour.

The historic walled centre has been classified a UNESCO World Heritage Site, and is well worth checking out with a wander around the well-preserved streets. The cobbled streets have been smoothed by centuries of travellers before you, while the unusual wrought-iron balconies provide added architectural interest. From here, you can take a tour of one of the many castles, palaces, or churches, or take a cable car up Monte da Penha for an aerial view of the city.

On day eight, we suggest travelling to Porto for the final few days of the itinerary. With so much to see and do, we recommended setting off early from Braga, making use of the frequent inexpensive trains to get there, or travelling by car if you have one.

Often dubbed Portugal’s capital of culture, Porto has a charming cafe scene and sensational cityscapes featuring the winding Douro River. Spend your first day ambling around the local taverns, or take an organised food tour to get the best of the city’s culinary delights. It’s definitely one of the best things to do in Porto!

A full day to discover the further sights and sounds of Porto is allocated here. What you choose to do will depend on your interests. You can head to the seafront on Foz do Douro for a fresh seafood lunch and a salty sea breeze. Alternatively, you can venture underground to partake in a tasting at one of the city’s famous port cellars, such as Ramos Pinto, Graham’s or Taylor’s.

The vibrant Ribeira district has the best views of the river and is ideal for people watching, while you can also find a wealth of craft stores and boutiques, perfect for picking up souvenirs. The city even has a fun and funky street art trail to follow, if that’s your thing. In the evening, catch the sensational sunset at the park by Passeio das Virtudes, which is where many locals head with a cold beer or two to watch the last golden rays sink beneath the ocean.

Day ten is your departure day, meaning you may have to spend the day getting ready to travel. However, if you do happen to have some time spare, it can be spent soaking up any last bits of sightseeing you missed on your first two days in Porto.

To extend your trip further, we recommended spending an extra day or two in Porto, Aveiro, and the Douro Valley. This will give you the chance to see all the best local attractions of each place without feeling too rushed.

If you have even longer than two weeks, you might like to visit additional locations in North Portugal such as pretty Ponte de Lima, which is located north of Braga and known for its excellent golf courses and winding cobbled streets.

Just downriver from Ponte de Lima, where the rushing waters greet the Atlantic, you’ll find the seaside town of Viana do Castelo. It features pristine beaches perfect for swimming or surfing and is also considered a haven for architecture buffs, with designs inspired by the Manueline, Renaissance, Baroque, and Art Deco movements. These two towns could be easily added to your itinerary between Braga and Porto.

4 thoughts on “North Portugal Itinerary: 10 Days From Aveiro to Porto”