The biggest majority of the Portuguese public are of the Roman Catholic faith and this can be demonstrated throughout Portugal with the vast array of churches, chapels, cathedrals, and monasteries dedicated to the faith. For many, these buildings aren’t just a symbol of their religion but also a huge part of their culture. Here is … Read more This is the finest example of a Moorish castle that Portugal has to offer! It was originally built during the Roman times, however, it was when the Moors held the Algarve region throughout the 8th to the 13th centuries that this castle was really transformed! It was declared a National Monument in 1910. This castle … Read more Portugal as a whole is one of the most religious countries within Europe, with a whopping 81% of its population stating their religion as Roman Catholic in the 2011 census. Due to this fact, there are a rich abundance of churches and chapels throughout Portugal and Porto certainly has some fine examples! Perhaps you are … Read more Today’s blog brings to you the best day trips from Tavira in the Algarve. Tavira is a small city on the Eastern side of Portugal’s Algarve coast. Its location is relatively central within the eastern side of the Algarve and has amazing (and cheap) public transport links, making it a fantastic base from which to … Read more Situated in the old town of Porto and with a 75-metre tall bell tower, the Clerics church is not to be missed. Clerigos Church Porto is frequently considered to be one of the main landmarks of Porto. History of Clerigos Church Porto A beautiful baroque-style church, this was designed in the 18th century and built … Read more Great beaches, fantastic cafes and restaurants, beautiful mosaic walkways, historic charm, and only 3 hours away from Portugal’s capital of Lisbon! It’s not difficult to understand why Lagos is a hit with tourists year after year. But what if you only had a day to spare? How do you make the most of it? Don’t … Read more As the capital of Portugal, Lisbon is visited by thousands, if not millions of tourists every year. Lisbon has a wide variety of popular tourist attractions – from buildings with incredible architecture, museums, cathedrals, that are all heavily visited throughout the year. But there’s something to be said for visiting those areas not nearly as … Read more If you’re looking for a little oasis of calm in the middle of the hustle and bustle of Porto’s city centre then the Jardins do Palácio de Cristal could be the place for you. Situated on a hill overlooking the city and providing some incredible views over Porto, there are 8 hectares of beautifully landscaped … Read more 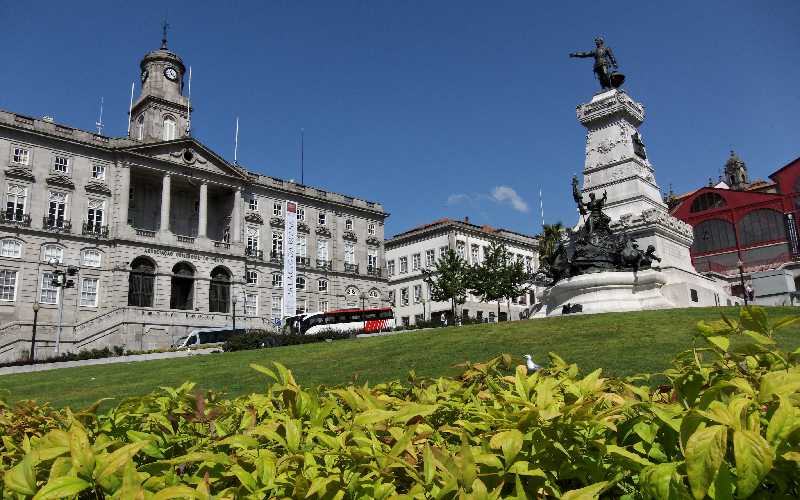 Bolsa Palace or the Stock Exchange Palace (Palácio da Bolsa) is a beautiful historical building located on the Infante D. Henrique Square, right in the historic centre of Porto. It is a UNESCO World Heritage Site and also became a National Monument in 1982. The history of Bolsa Palace in Porto is fascinating and the … Read more The World of Discoveries Porto is an interactive themed museum that is a great experience for people of all ages! This modern museum re-enacts the odyssey of Portugal’s earliest sea navigators of the 14th to 16th centuries as they ventured into the oceans of the world to discover lands unknown. It propels visitors into what … Read more